Results-2021: the main positions of the Constitutional Court 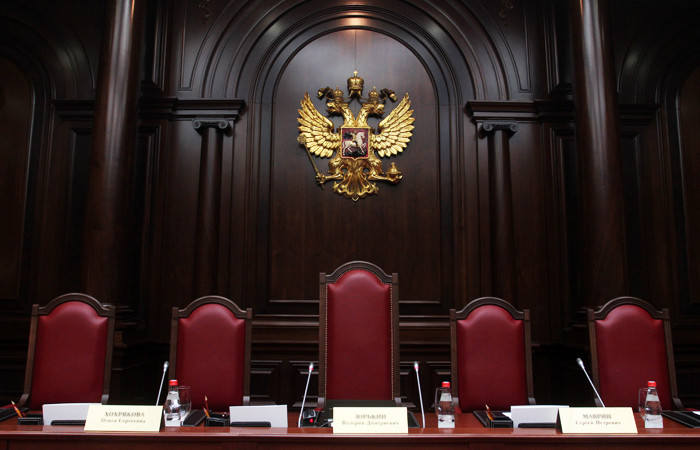 The only housing of a bankrupt

For a long time, the problem of the debtor's sole housing was one of the key issues in bankruptcy cases of citizens. Back in 2012, the Constitutional Court allowed the exchange of the bankrupt's "luxury" housing in favor of creditors and ordered to change the legislation to consolidate this possibility (Resolution No. 11-P/2012). But the amendments were never made, and the Supreme Court consistently defended the inviolability of the only housing, no matter how expensive it was.

In April last year, the Constitutional Court once again addressed this issue. He reiterated that the problem should be solved at the legislative level. But this time the court expanded its position and directly allowed the possibility of exchanging an apartment in bankruptcy in order to repay the debt to creditors with part of the money, and to buy a more modest housing for the debtor with the other part (the creditor can also provide it).

When making such a decision, the arbitration court should, in particular, check whether there were abuses on the part of the debtor: perhaps he specifically transferred his property under the protection of executive immunity. And he should also correlate the market value of housing with the amount of debt — it is possible to foreclose only if it helps to satisfy a "substantial part" of creditors' claims, the Constitutional Court of the Russian Federation stressed.

In May last year, the Constitutional Court explained how to distribute the burden of proof in disputes about "subsidiary liability" without bankruptcy. The applicant was Galina Karpuk. She collected a penalty from the company for substandard doors. However, the woman did not have time to get the money — the company was excluded from the Unified State Register as inactive. Then Karpuk asked to bring to subsidiary responsibility the ex-director of the company and its former participant. But the courts refused her, considering that the woman had not proved bad faith on their part.

If the burden of proving the dishonesty of controlling persons is placed on the applicant-an individual, then this will lead to an inequality of procedural possibilities. After all, then evidence will be required from the citizen, which he may simply not know about, given his lack of involvement in corporate relations, the Constitutional Court drew attention to.

Thus, it is enough for an individual to confirm the existence of a "overdue" debt and the fact that the company was excluded from the Unified State Register of Legal Entities. In such circumstances, it is considered that it was the inaction of the controlling persons that led to the fact that the company did not fulfill its obligations to the applicant. However, this does not prevent the defendant from proving the opposite.

Rights of a subsidiary debtor

If the person controlling the debtor has been brought to subsidiary liability, he can challenge the acts on the inclusion of claims in the register, which were adopted without his participation, the Constitutional Court indicated in its November resolution. The absence of such a right, according to the judges, would reduce the guarantees of judicial protection of the rights of those brought to "subsidiary responsibility" and would increase the risks of arbitrary determination of the amount of claims.

Inspection in the pre-trial detention center

In July 2021, the Constitutional Court explained how the pre-trial detention center can inspect lawyers. If the administration suspects that the defender is carrying something forbidden, it can additionally "search" him. But the lawyer has the right to demand that the results of the inspection be recorded in writing. The protocol also specifies the grounds and all actions of the prison staff.

Additional inspection should be carried out "using technical means". The resolution does not say that it should be a video camera. But if there are records, you need to keep them until the end of the period given for appealing the actions of the prison staff. At this time, the lawyer can get a copy of the video.

This may unnecessarily delay the process and become an obstacle to justice. In such extraordinary situations, the court has the right, together with the cancellation of the prosecutor's decision, to cancel the sentence, sending the criminal case for a new trial or terminating it, the Constitutional Court indicated in its December ruling. At the same time, he noted that the court can use such a right only if the revision improves the situation of the convicted person.